Photography has become one of the most popular visual communication tools not only for adults but especially for children and adolescents. Photographs do not only support the expression of thoughts and feelings but also facilitate getting in contact with other people and are an important medium to participate in social discourses. The project "Young Visions" combines theoretical thoughts on visual literacy with practical educational work. Students all over the country are invited to visually explore their school environment through the medium of photography and give insights into their individual perspectives on topics like gender equality and anti-discrimination. The main parts of the project will be a photo competition, editing workshops and the creation of a photo book as well as the preparation of an exhibition.

"Young Visions" is an initiatve of the NGO freegirlsmovement

Images, Social Media and 'The Political'

The relationship between images and 'the political' is multifaceted. Images have their own logic (cf. Boehm 2008), which  also intervenes when (written or spoken) language fails. Consequently, boundaries of the visible do not have to represent the limits of language. Certain (political) images are firmly anchored in the cultural memory and generate relatively homogeneous associations among their observers. Therefore, aspects of the visual are central to 'the political'. This opens space for a strategic, manipulative use of images as well as for visual forms of provocation, collective typing, simplification as well as stereotyping and gimmickry. The above-mentioned effects of 'the political' on the visual are by no means new. However, with the increasing importance of predominantly image-based communication in social media, as well as the structure of social media and their involvement in broader social processes, the scope and quality of this affirmation has dramatically increased and transforms the concept of 'the political' radically. These processes of mutual influence need to be analyzed and discussed.

On Both Sides of the Camera - Vivian Maier's Female Gaze

Immediately after Vivian Maier’s death in 2009, the question arose, who the woman behind the thousands of photographs depicting America’s street life of the 40s, 50s, and 60s was. Research has superficially been conducted on her biographical details (cf. Bannos 2017), loosing focus on Vivian Maier’s work. The following research project is therefore going to have a close look on the special aesthetics of a selected part of her  photographic self-portraits (N= 100) applying Ralf Bohnsack’s (2011) image analysis procedure combing it with Pilarczyk’s and Mietzner’s (2003) serial-iconographic analysis method.

The confrontation with Maier’s photographs is an encounter with what she has come to see and has selected as a subject for her art. Over a time span of 30 years, Maier continuously had portrayed herself reflected in surfaces and glass windows, “the world fragmented as seen through frames, doorways, and boxes, her shadows projected into others’ lives, onto sidewalks, and the back of strangers” (Avedon 2013: 8). Very often she portrayed herself with other women appearing within one frame – standing next to her, capturing her gaze, posing in their petticodes – forming a harsh contrast to the woman, which according to one of her former charges, Duffy Levant, looked like a “woman factory worker of the Soviet Union in the 50s” (Maloof & Siskel 2013).  The constant appearance of women in Maier’s self-portraits reveal that Maier seemed to visually position herself to post-war gender roles and deconstructed them by using herself as a medium of comparison and contrast. On this poster, first results of the analysis of Maier’s self-portraits will be presented and in a second step connected to gender roles, the socio-cultural background and Zeitgeist of post-war America.


What do universities hide in the nightly darkness? Who lurks in the shadows of the academic edifice? What intentions lie behind the late night enterprises? To whom do lecture halls, abandoned galleries and the multitude of bureaus give nightly shelter? The Artistic Research Project nightmode seeks to identify, portray and convey the different dimensions of the nightly representation of the Alma Mater, investigating several Austrian University Campuses during night-time from the students’ as well as my own perspective. Students all over Austria (including five University Campuses) have been invited to shoot (analog and digital) their nightly encounters, which should try to convey the very experience of Alienation to the beholders of the photographic representation. The question arises, if we can detect and carve out a visual code of the Alienating displayed by the use of colour, camera angle or portrayed subject, which might lead us to the visual logic of this entity. So far the visual code of the images guided us to concepts of marginalisation, channelling, allocation and exclusion represented by the use of shadows, darkness, dazzling lights of technological devices, reflection and blurred boundaries. 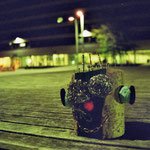 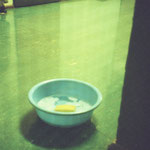 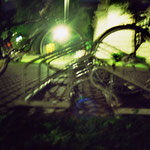 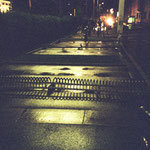 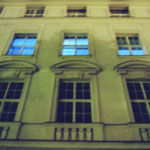 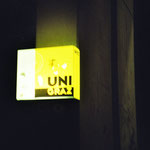 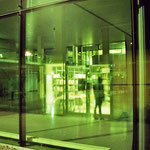 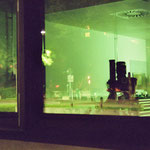 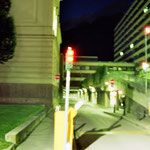 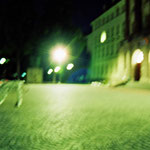 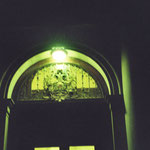 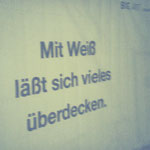 Spondeo is a short film which thrives into the abyss of unspoken social conventions at Austrian Universities, visually addressing topics like homelessness, intimacy, sexual assault, drug abuse and suicide. Spondeo grew out of a one-year student project carried out at the University of Innsbruck  and involved the ideas of 20 students working together with researchers in cultural sociology (Nadja Köffler & Evi Agostini), an Italian artist and a Bavarian filmmaker. As an interdisciplinary team, we tried to tell a story about unspoken social conventions at Austrian universities, which have often remained hidden from social discourse. Following the concept of photovoice, the project gave students a ‘filmvoice’, visualizing what they felt about being a student and having to cope with a series of grievances. The film offers hidden clues, which reveal that the protagonist is homeless, being confronted with the abyss of academic life – peeping through windows and slightly left open doors, underlying that what she comes to see is socially intolerable. Historical recordings pop up like flashlights, provoking the confluence of the present and past history. Overall, the film portrays a fragmented and fast-moving academic world, which only touches a variety of issues so that the viewers are forced to use their imagination to think the storyline to an end. Spondeo does not answer any questions, rather coming up with a punch of question marks which should initiate a discussion in words.

Nadja Köffler together with Evi Agostini

Aesthetic experience is essential for sustainable educational processes, especially enabled through the process of image production and reception and the translation of the experiences of implementation of taboos into images. Aesthetic experience is not just a minor addition, but essential for sustainable educational processes, as demonstrated by the transdisciplinary artistic research project Border Crossing Through Images and Dialogue. It was realized within the framework of a two-semester seminar in 2016/2017 at the University of Innsbruck. Dealing with taboos as unspoken social conventions in formal educational context, the main objective was to enable aesthetic experiences through the creation of images. During the process of the realization, we drew upon the epistemology of images, film theory, educational theory and philosophy to examine how images address aesthetic experience: First of all, through the process of reception, secondly through the experiences of conception and realization. In contrast to the assumption that images (film, photography) also due to their fictional or constructive character, grant a sanction-free space for the discussion of taboos, the power of imagination during the production and creation of images has been experienced a serious deviation and taboo transgression. Nevertheless, the depiction and implementation of topics such as homelessness, intimacy, sexual assault, drug abuse and suicide finds opportunities for thinking through aesthetics as a contested domain committed to newness and innovation as well as to criticism and pluralistic thought.